Solar energy is probably the way forward for the entire planet. Solar energy Providers, Los Angeles is doing what they can to help but there has to be more. We are in a desperate time when the oil companies and just about every other industry has put short term profit and gain ahead of literally the future of the entire planet and the human race. I’m not making this up. There are reports from the early 1900s warning of the effect that coal mining has on the environment. Nope, somehow a large group of people has convinced themselves that it’s all a hoax… despite the entirely of the scientific community saying otherwise and the literal disappearance of the ice caps. Seriously there’s visible evidence but that’s just made up and now myself and the generations that come after me have to deal with it because all of the people who put us here are going to be dead by the time they actually see the consequences. 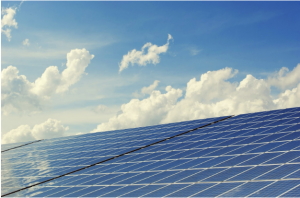 Glad you got to have an extra yacht because now your grandchildren have a dying world. All of this sounds really apocalyptic because it is. It’s not an exaggeration that if we keep going we’ll permanently be on course to inherit a dying world. So I hope it was worth it, at the time of reading the RainForest in Brazil is literally burning down and nothing is being done by the Brazilian government to stop it. They’re suffocating the planet. Literally, 20% of the world’s oxygen comes from that forest that’s being burned down. Yeah, it’s not just on fire. This isn’t a wildfire. It’s being burned down.

Changes have to happen if we don’t want to get a dying world as a parting gift from our grandparents. The easiest thing we can do is shift to renewable energy. This means investing in nuclear and solar energy as being the primary way we power our society. This instead of fossil fuels.  It’s really not optional anymore but the fortunate news is that the switch is happening. It’s slow going but it is coming and solar energy for individual homes is getting cheaper and cheaper. As technology improves we can make a better panel and the existing ones will only go down in price. There’s literally a functionally infinite amount of energy that we’re ignoring on a global scale. This is changing but it’s a very slow process. 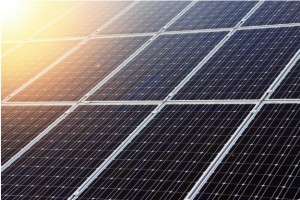 So what can we each do on an individual level? There are a few things such as cutting down the driving that we can do. Seriously just carpooling or biking to work if you’re able to do so is a huge deal and a massive help to the environment. Another thing you can do is purchase lower emission vehicles so that you can do more driving with less guilt. Still, some of these solutions aren’t exactly feasible for everyone. The best big thing you can do is to install solar energy for your home. In some places you can even get a subsidy for the energy it feeds back into the grid. There’s a lot of ways to get this to work for you but the first step is speaking with one of the many solar energy companies Los Angeles.